On National Holiday (26th of October) you could see these piggy balloons everywhere in the city, symbolising piggy banks as a sign of protest against the just released national budget.

A few days later there was a big protest march – mainly by students, but a lot of other people and organisations also took part, as the new budget means massive cutbacks for most of the people in Austria, not only for students.

I didn’t stay until the end, just snapped a few pictures…

This guy was using the opportunity to sell his newspaper (a newspaper made by homeless people in Vienna). He actually sold quite a lot! 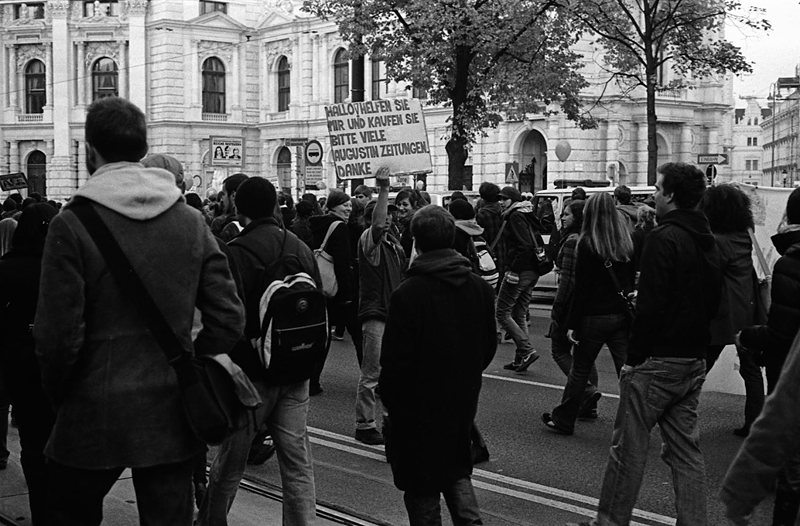 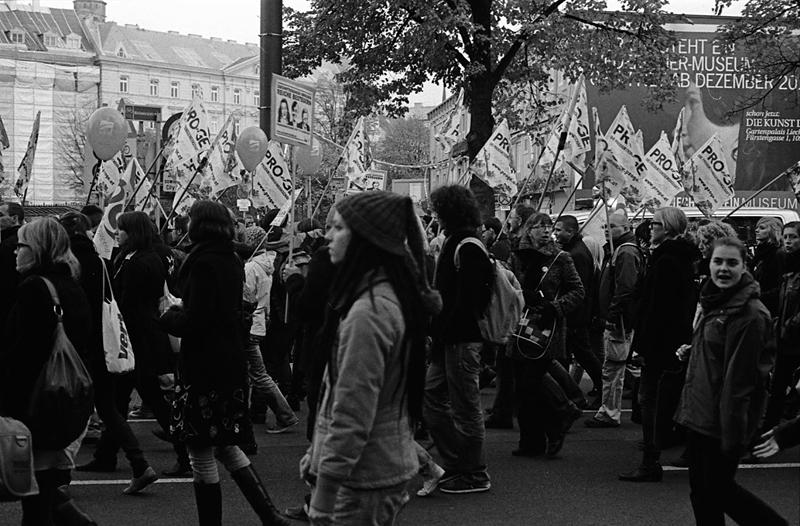 Liked the following series of three pictures the most of all the pictures I had taken that day.

The atmosphere was really relaxed, even the police. Not happy with the framing though…